Higher education institutions have existed for hundreds of years, and in some cases, millennia, but not all have withstood the test of time. Many of the world’s oldest universities have disbanded, split into autonomous colleges, or become so modernized that they are no longer recognizable.

This is a list of 10 existing schools that have been in continuous operation since their inception, excluding universities and higher education institutions. The dates refer to the school’s founding or the first documented contemporaneous reference to it.

The King’s School is a public school in Canterbury, Kent, England. It is Britain’s oldest public school; and is arguably the oldest continuously operating school in the world since education on the Abbey and Cathedral grounds has been uninterrupted since AD 597

The King’s School, Rochester is a private English school in Rochester, Kent. The school claims to be the world’s second-oldest continuously operating school, having been established in 604 AD.

St Peter’s School is a co-educational independent boarding and day school in York, England, with sprawling grounds on the banks of the River Ouse. It is the world’s third oldest school, founded in AD 627 by St Paulinus of York. It is a member of the York Boarding School Group.

Thetford Grammar School is a co-educational independent school in Thetford, Norfolk, England. The school may date back to the seventh century, making it one of the oldest in the United Kingdom.

The Royal Grammar School is a secondary school in the United Kingdom. Worcester is an independent, mixed day school and sixth form in Worcester, Worcestershire, England. It was founded before 1291, making it one of the country’s oldest independent day schools. 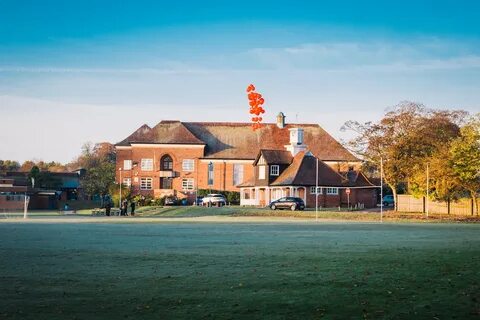 Beverley Grammar School is a secondary academy school for boys located in Beverley, East Yorkshire, England. According to legend, a school was founded here around 700 AD, making it the country’s oldest grammar school and the eighth oldest school overall.

Sherborne School is a public school (an English independent boarding school for boys) in the parish of Sherborne, Dorset. For over 1,300 years, the school has been operating on the same site. It was founded in 705 AD by St Aldhelm and re-founded in 1550 by King Edward VI following the dissolution of the monasteries, making it one of the oldest schools in the United Kingdom.

Wells Cathedral School is an independent co-educational school in Wells, Somerset, England. Along with Chetham’s School of Music, the Yehudi Menuhin School, the Purcell School, and St. Mary’s Music School, Edinburgh, the school is one of the five specialist musical schools for school-aged children in the United Kingdom.

It is believed to have been founded in 914 AD by Thelflaed of Mercia, making it the fifth-oldest surviving school in England, after King’s School, Canterbury, King’s School, Rochester, St Peter’s School, York, and Wells Cathedral School.