Universities in the United Kingdom are not only among the most reputable in the world, but many also provide a rich historic atmosphere and stunning architecture that is difficult to match.

The overall atmosphere of a university motivates and inspires students to achieve academic excellence. Students can take a stroll through the grand archways and long corridors, relax in the grassy courtyards, and read ancient books in the library. So, where can you find these stunningly beautiful and historically significant universities?

The following are the top ten most beautiful historic universities in the United Kingdom, all of which are housed in some of the most magnificent structures imaginable:

The University of Cambridge has some of the world’s most impressive and iconic university buildings. This medieval university, founded in 1209, is not only stunningly beautiful, but it is also one of the most prestigious higher education institutions in the world, ranking seventh in the QS World University Rankings 2022. 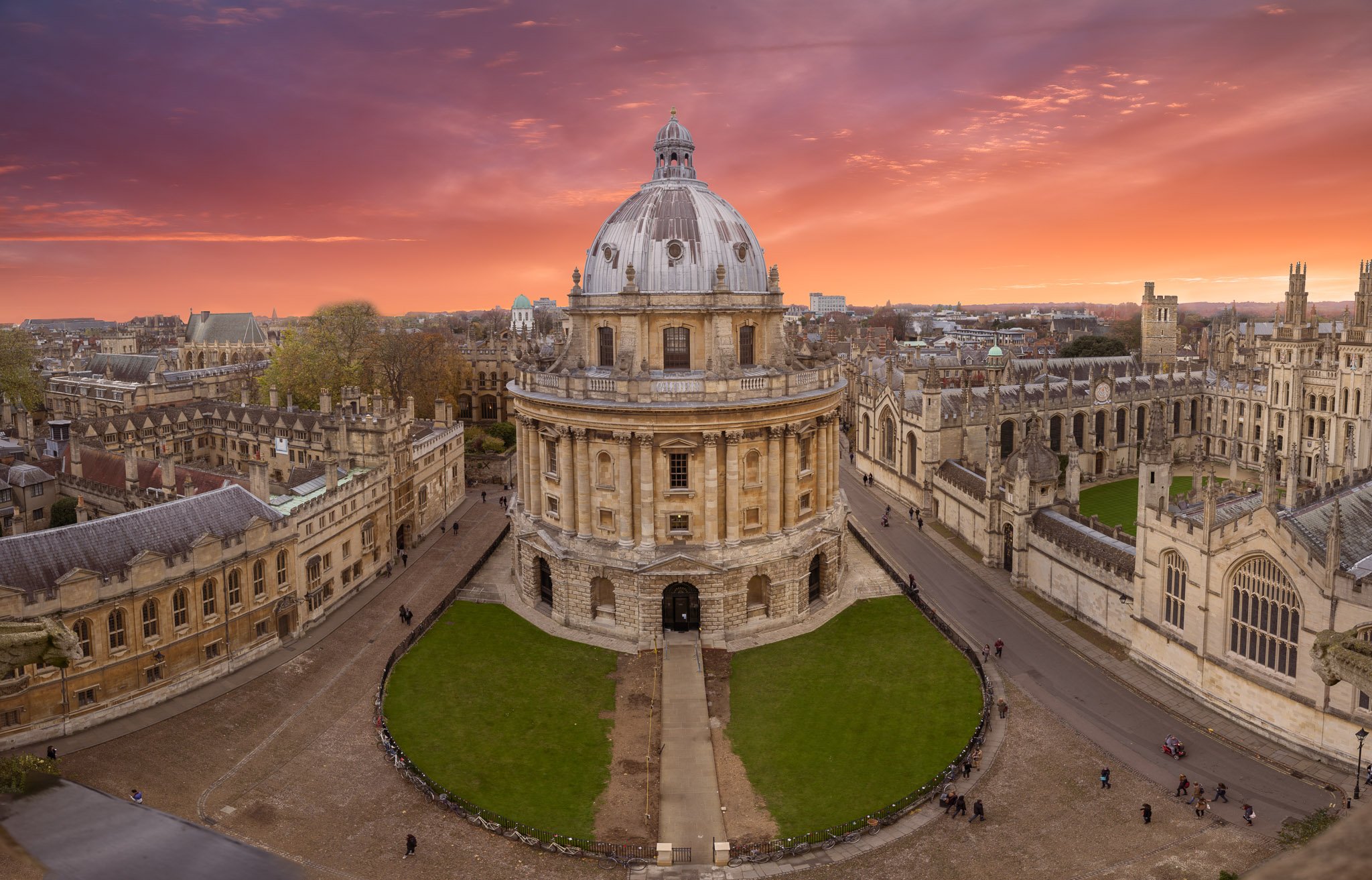 The University of Cambridge is placed third in the list of Best Global Universities. Cambridge was founded in 1209, making it one of the world’s oldest universities, and it today teaches around 21,656 students.

The Radcliffe Camera library, for example, is a symbol of academia all over the world, and Harry Potter fans may recognize scenes from the film, such as the Hogwarts Great Hall (filmed at Christ Church College).

It was founded in 1832, and its stunning architecture has been described as “one of Europe’s great experiences for those who appreciate architecture.”

Durham, like Oxford and Cambridge, is divided into colleges that were established at different stages of the city’s development. One of these, University College, is housed in Durham Castle, which was built in the 11th century and is home to 100 lucky students. Currently, the university is ranked 86th in the world.

The University of Glasgow, along with Aberdeen, Edinburgh, and St Andrews, is one of the four “ancient universities of Scotland,” located further north of Durham. It was a leading center of the Scottish Enlightenment and is a member of the Russell Group of research-intensive universities.

The university was founded in 1451 and moved to its current location in 1870, with Sir George Gilbert Scott’s stunning main building completed in 1886. In the QS World University Rankings 2021, it is ranked joint 77th in the world.

It is still one of the most impressive university structures in the UK today, and it has appeared in several films and television shows, most recently the popular Downton Abbey. According to the most recent QS World University Rankings, Royal Holloway is ranked joint 308th in the world.

The red-brick gothic Lanyon Building, which opened in 1849 and is named after its architect, Charles Lanyon, is the campus’s focal point.

The iconic Georgian Old College building at the university was designed in 1789 but took decades to fund and construct, with the eye-catching dome added in 1887. It now houses the University of Edinburgh’s School of Law, administrative offices, and the Talbot Rice Gallery, which hosts contemporary art exhibitions.

St Andrews is currently ranked 96th in the world and 17th in the United Kingdom. St Salvator’s Chapel, St Leonard’s College Chapel, and St Mary’s College are among the university’s buildings that date back to the 15th century and are still in use.

The university’s iconic buildings, such as Marischal College and King’s College in Old Aberdeen, are widely recognized symbols of Aberdeen, which is located far north of the United Kingdom on the east coast of Scotland, as well as the city’s rich academic heritage. The university has produced several notable alumni, including five Nobel laureates.

It is one of the country’s oldest higher education institutions, having been founded in 1872. It claims to have founded the world’s first official department of international politics, which was established in 1919 in the aftermath of World War I.

The Old College building, which resembles a medieval castle, houses the majority of Aberystwyth University’s administration, as well as the departments of Welsh and education. Currently, the university is ranked 485th in the world.

The Oldest Schools In The World